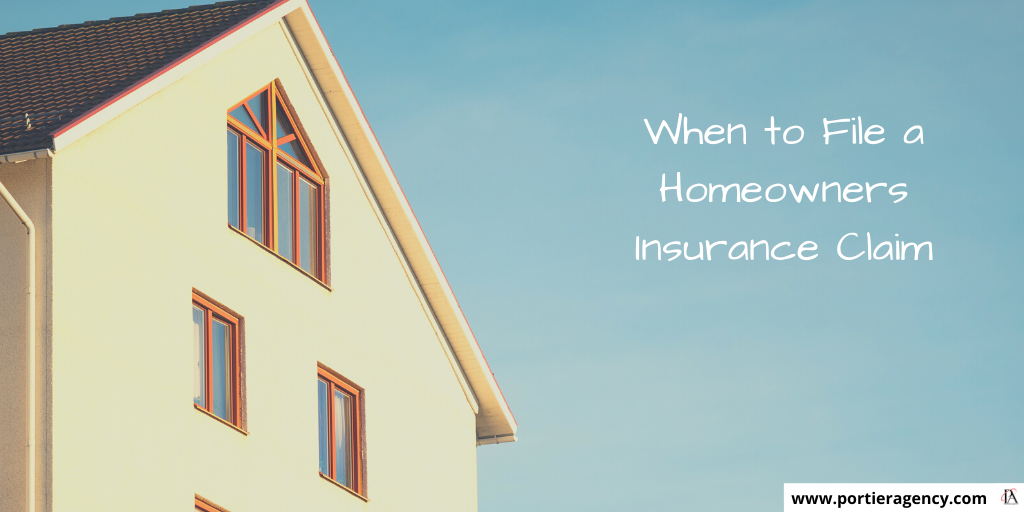 You’ve probably seen the photos of New York City during and after Sandy. Some are fake, but here’s some reality: The “superstorm” has left 40 people dead in the U.S., several million without power, and resulted in billions in losses.

Even if you weren’t in Sandy’s path, chances are disaster will strike in your area someday. We hope it’s later rather than sooner, but all homeowners should understand how to file an insurance claim – and whether they should.

Given the cash you’re forking out for coverage, you might think you’re entitled to file a claim whenever you possibly can. But if you file more claims than average, you could see your rate go up, or your policy cancelled upon renewal. Here’s how to avoid the double whammy of natural and insurance disasters…

Is a claim worth filing? First, you have to know roughly how much the damage will cost to repair and your deductible. If the fix is cheaper than the deductible, the solution is simple: Since you’re on the hook for the expense anyway, pay out of pocket and avoid the insurer.

Although a high deductible will obviously mean greater expense in the case of a loss, the lower policy premiums may mean long-term savings. For example, bumping a deductible from $250 to $1,000 could lower your policy’s cost by up to 30 percent.

Even if the repair cost is higher than your deductible, some suggest weighing the benefits and risks before filing a claim. For example, in this article from CBS News, J. D. Howard, executive director of Insurance Consumer Advocate Network (ICAN), suggests avoiding claims unless the damage is triple the deductible. The reason? As mentioned above, multiple claims could result in higher rates or even dropped coverage at renewal time. So in the event of a loss, it’s important to compare the short-term expense of fixing the damage yourself to the long-term cost of potentially higher rates or no coverage at all.

Should you lose your existing coverage or decide to switch companies, you won’t start with a clean slate. Every time you file a claim, it goes into an industry database called the Comprehensive Loss Underwriting Exchange, or CLUE. Insurers use it a lot like potential lenders use your credit score – to evaluate how much risk you represent.

As with your credit file, CLUE tracks your history for seven years, and you can pull it free once per year. Go to LexisNexis for your free annual CLUE report. (You can get a similar report for auto claims for free too.)

ICAN recommends filing no more than two claims in three years, but your agent should be able to provide advice regarding the risk of a rising premium or being dropped in the event of a claim.

If you have a significant claim, it’s not unusual for the insurance company to offer less than you feel entitled to. If that should happen, you don’t have to fight alone. A public insurance adjuster will represent you and negotiate on[…]

THE DOG ATE MY COUCH: ANIMAL DAMAGE AND INSURANCE You may have read the recent story featured…

Pets and Animals Get Informed Know what disasters could affect your area, which could call…