The Top 7 Car Safety Features You Cannot Do Without 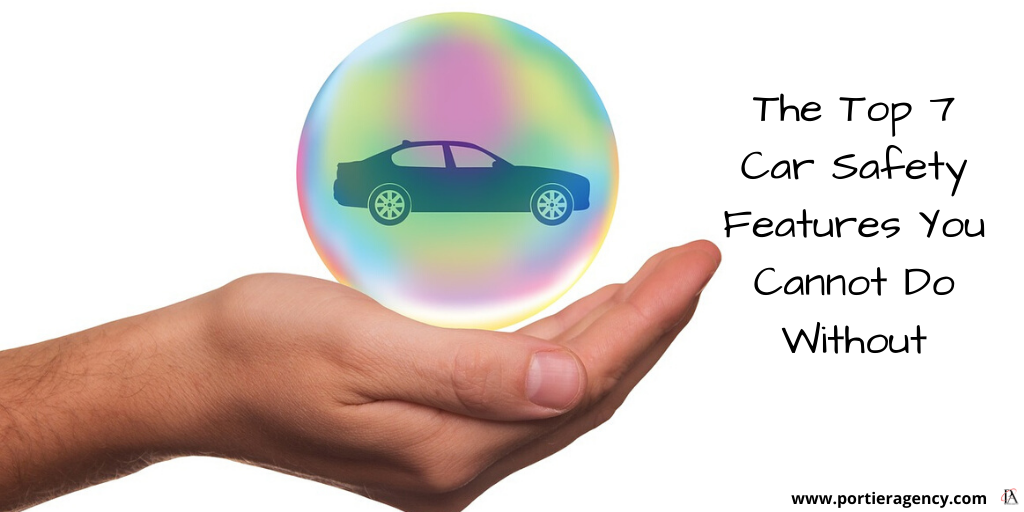 The Top 7 Car Safety Features You Cannot Do Without

Remember the days when safety features on a car amounted to anti-lock brakes, a few airbags, 3-point seatbelts and traction control? Those days are long gone. Today most buyers will not let go of their hard-earned cash unless the majority of the latest safety features are fitted to their new car.

And rightly so, because results from America’s Insurance Institute for Highway Safety survey show that improved safety features dramatically lower road fatalities and the risk of injury. According to an IIHS survey of 2015, there were 7,700 fewer driver deaths in 2012 than there would have been had vehicles remained the same since 1985.

So what are the main five safety features that most motorists cannot do without? After I’ve mentioned those features, I will also mention two new technologies that will join the can’t-do-without list of features in the next few years.

Available on the vast majority of new cars today, this system uses sensors and radar, normally mounted inside the grille, to lock onto the car ahead and maintain a safe distance by automatically applying the throttle when acceleration is required and the brakes when traffic starts to slow down. ACC is mostly used by drivers on long highway cruises or when things get sticky in heavy congestion. If it senses a potential collision, the ACC system will brake heavily and tighten the seatbelts.

This is a feature that more and more drivers are looking for when purchasing a new car. In fact, a close friend called just last year to ask me to recommend a car that had AEB because he had just crashed his 17-year old German sedan after dozing off at the wheel. If a car fitted with AEB senses a potential collision, and the driver does not react in time, then the car will start braking for you. IIHS data show rear-end collisions fall by 50% on vehicles with AEB. Responding to an IIHS survey, an Infiniti Q50 owner said, “It is much faster than me reacting to emergency situations. The brakes are already applied before my foot hits the pedal.” Some drivers however, do complain of the oversensitivity of some systems on rival carmakers.

These are actually two different systems but for the sake of argument, I will include them under the one banner here because they both work to keep you in your lane. Lane departure sounds a warning or buzzes your seat or steering wheel to inform that you are crossing the white lines or unintentionally leaving your lane. Lane Keep meanwhile, will gently steer you back into your lane if you drift out of it. When lines are faint or the system has trouble detecting lines, the system can be switched off.

In driver education, remember how you were told to look over your shoulder and incessantly use your mirrors to see what was behind you and in your blind spot. Blind spot detection picks up what you might have missed and also warns you […]

Related Posts
Keeping Bugs Away from Your Summer Parties

Take Care of Your Pets Before Disaster Strikes