Earthquakes Can Happen Anywhere. Are You Ready? 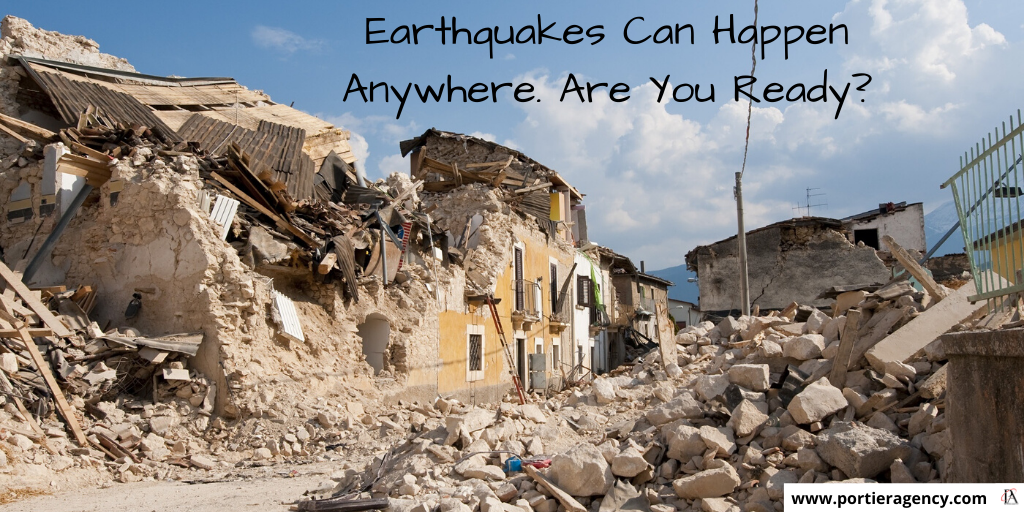 Earthquakes Can Happen Anywhere. Are You Ready?

People living in earthquake-prone areas are generally more aware of earthquake safety than others. Consider California and its history of earthquakes, for instance. Awareness of the risk is relatively high in the state, according to Munich Re. California’s building construction standards are among the strictest in the world, and many people and businesses participate in International ShakeOut Day, which has become a worldwide day of action and a helpful reminder of how to protect yourself and others during an earthquake.

But even in California and other areas where earthquake awareness is high, the number of people with earthquake insurance coverage is relatively low. In many counties, fewer than 10% of residential buildings are insured against earthquakes, and coverage only approaches 25% in highly exposed metropolitan areas.

This may be an even bigger problem when you consider that earthquakes are more common than most people think. Small earthquakes (magnitude 2 and smaller) occur several hundred times a day throughout the world. Major earthquakes (greater than magnitude 7) happen more than once per month, and great earthquakes (magnitude 8 or higher) occur about once a year, according to IRIS, a university research consortium dedicated to monitoring the earth and exploring its interior.

Because an earthquake can collapse buildings and cause heavy items to fall, injuries and property damage are relatively common. And while certain areas are statistically more susceptible to earthquakes than others, it’s important to keep in mind that no place is immune to the possibility. Preparation is your best defense.

Determine your risk. Not sure if you live in a high-risk area? Visit earthquaketrack.comto learn about […]

Don’t Wait for Spring. 7 Winter Home Improvements to Do Now